If you are looking for more protection for your PC on the internet than just an antivirus program, then internet security software is for you. These security software suites cost more than antivirus software and use more resources, thus slowing your computer down more, but they provide additional features besides just malware protection such as a firewall, antiphishing, and antispam capabilities.

When purchasing internet security software there are a few things you should keep in mind. First make sure it is compatible with your current operating system. Most versions come with 1 year of coverage and then you must pay a renewal fee to keep it up to date, but some allow you to buy a lifetime license which costs more initially, but can save you money in the long run. You also can either download the software directly (some even have a 30 day trial period) or purchase the box with discs and install it.

The main criteria we used to rate each software suite besides the price was protection – how well they protect your machine, performance – how much they slowed system performance and used system resources, and usability – how easy they are to use. To aid us, we used data gathered from www.av-test.org and www.av-comparatives.org along with other user reviews.

Below is our list of the top 10 rated best internet security software reviews. 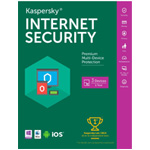 Find on Amazon
Very good protection scores from the top testing labs and a price of under $28 makes Kaspersky Internet Security 2016 our choice for the best internet security software. It received the highest score from av-comparatives.org for real-world protection. In addition to antivirus and antimalware, Kaspersky Internet Security includes antiphishing, a spam filter, firewall, parental controls, and remote monitoring and management. All these components work well, although some a bit better than others, all while using very little system resources of your computer.

Buyers should be aware this software only works with Windows operating systems and not on Apple or Android devices. 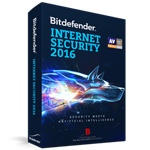 Find on Amazon
For about $50 Bitdefender Internet Security 2016 offers almost near flawless malware protection which tested on par with Kaspersky, although it does use slightly more system resources. Other features including with Bitdefender Internet Security include antiphishing, anti-ransomware, anitspam, parental controls, a new firewall, file shredder, and password manager. All of these are easy to use through a nice interface.

Buyers should be aware that this software does not support older Windows XP or Vista PCs. Also the scan times were longer than some other competitors. However, there are extra features included with Bitdefender that you would have to pay extra for with other maker’s versions. 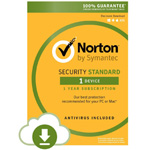 Find on Amazon
Norton Security Standard sells for about $24. This software combines excellent protection with one of the most useful interfaces around. In testing the protection scores were nearly on par with Kaspersky or BitDefender. However, during scans it can bog down your system a bit. It includes a robust password manager and maybe the best firewall you can get, but it lacks parental controls which most other internet security products provide. 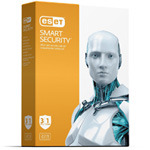 Find on Amazon
ESET Smart Security, available for about $60, offers quality antimalware protection combined with the easiest to use interface designed for beginners. In lab tests it rated just a notch below the top tier programs in terms of protection. Other features included with this software are a firewall, antispam module, parental controls, and anti-theft for notebooks with registration.

Generally it is pretty lightweight, althoug in some tests the performance of the computer was slowed down significantly by ESET Smart Security. So for that reason we don’t recommend it for older or budget computers.

Visit the Official Site for the ESET Smart Security. 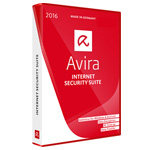 Find at Avira.com
The best feature of the $58 Avira Internet Security Suite 2016 is that is uses the least amount of system resources of any software on this list. Despite that low impact on your machine, in lab tests it ranked at or near the top in terms of protection from all kinds of threats.

The main downside to the Avira Internet Security is that it is lacking some of the features that are included from its competitors. It does not have a firewall or parental controls for example. 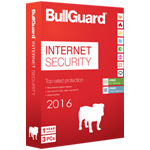 Find at BullGuard.com
Costing about $60 BullGuard Internet Security provides a broad set of features including antivirus, antispam, firewall, parental control, antiphishing, backup, and more. Lab testing has shown that threat detection is slightly above average, but not the best. The firewall proved to be one of the best, however, and BullGuard was also good at preventing phishing and blocking malicious URLs.

The biggest negative is the impact on system performance. It scored the worst on this list for slowing down your computer in one test. 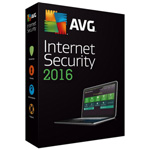 Find Here
At $30 AVG Internet Security offers a decent security suite. The antivirus and antimalware scores are very good, but not quite on par with Kasperksy or BitDefender. It ranks right in the middle of this list in terms of the performance impact of your computer compared to others on this list. It has most of the features you would expect in an internet security suite except for parental controls.

Visit the Official Site for the AVG Internet Security 2016. 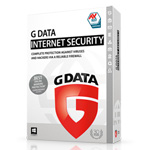 Find on Amazon
We found some conflicting reports on the $40 G Data Internet Security software. Some independent tests gave it the highest scores in terms of accuracy of threat detection and protection, while other tests showed that while good it was not among the best security software tested.

Some tests also gave G Data Internet Security a poor grade for affecting the performance by using too many system resources. It is also lacking a password manager, although virtually all other features you would expect are included like a file shredder and parental controls. 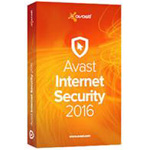 Find on Avast.com
The good things about the $40 Avast! Internet Security are that it is super lightweight and received excellent scores in malware blocking and antiphishing tests.

On the downside some of the features are a bit difficult to use. Also the spam filter did not work very good and the password manager is limited. 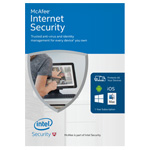 Find on Amazon
For $30 you can install McAfee Internet Security (2016) on all of your Windows, Mac OS, iOS, and Android devices. However support for Apple products is somewhat limited. In testing it scored near the bottom of this list for malware and threat detection. It also slows down your system as much or more than almost all others on this list.

McAfee Internet Security does come with an impressive set of features including an impressive password manager and file shredder. If you have a lot of devices or PCs that you need protection for then the unlimited installations of this software will come in handy.